The Jews were brought to Bobowa by Michał Jaworski in 1732 in order to improve the town's collapsing economy. A synagogue was erected in 1756 serving the needs of 44 families. In 1900 the Jewish population of Bobowa numbered 749. Before the II World War went off in Poland, the town was home to a yeshiva, notable as a historic centre of Hasidism, created and led by the tsadik of the Bobov dynasty.

It was also the home of Gen. Bolesław Wieniawa-Długoszowski who became "President of Poland for a day" in 1939. 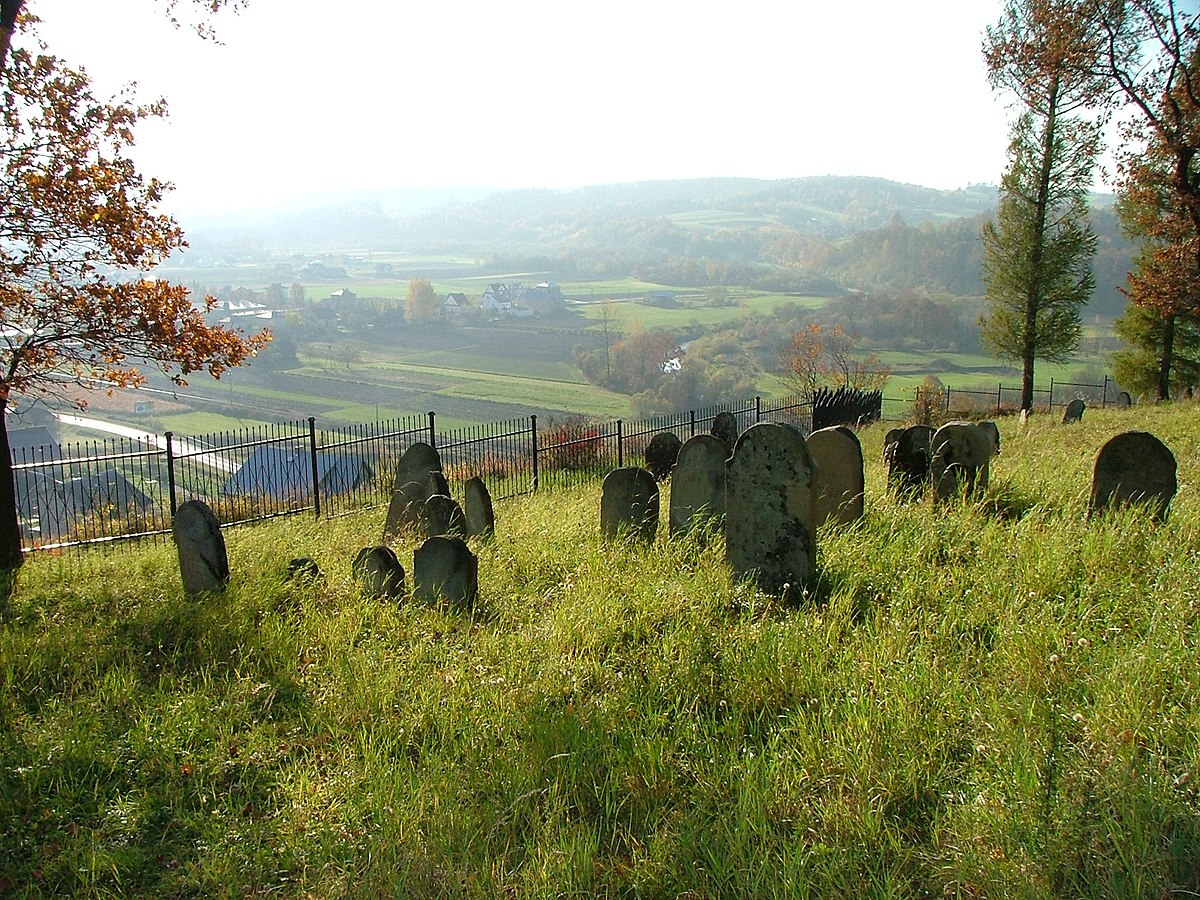 "Jewish cemetery in Bobowa12" by Emmanuel DYAN from Paris, France - Bobowa, Jewish Cemetery, Poland. Licensed under CC BY 2.0 via Commons.

The President's brother Kazimierz was the mayor and was able to save at least one Jew. Almost all were finally killed. One of the few survivors, Professor Samuel P. Oliner of Humboldt State University, California, describes these events in his autobiography Restless Memories. He devoted his academic career to the study of altruism, having himself been rescued by a Polish peasant woman called Balwina.

After the war Grand Rabbi Shlomo Halberstam (1907 – August 2, 2000) re-established the Bobov (Hasidic dynasty) in America. He was the son of Rabbi Ben Zion Halberstam (1874–1941) of Bobov (Bobowa), who died in the Holocaust. Initially based in the neighbourhood of Borough Park in Brooklyn, New York, it now has branches in the Williamsburg section of Brooklyn; Monsey, New York; Montreal; Toronto; Antwerp; London and Israel and is under the leadership of Rabbi Shlomo's son Rabbi Ben-Zion Aryeh Leibish Halberstam.